Let's start with some history. 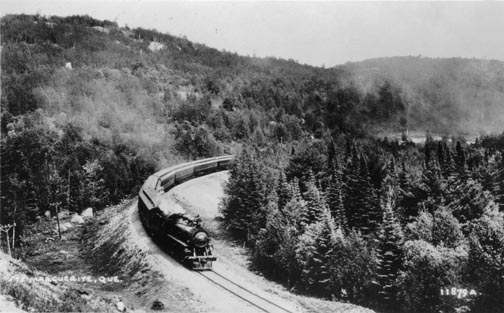 As in most of the western world, the development of railways in the 19th century forever changed the landscape and shrunk distances to the point of creating entire new towns out of scratch and making existing ones literally explode. 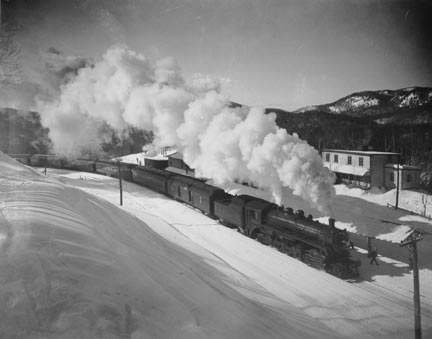 The "petit train du nord" is no different. Advocated and promoted by priest François Xavier Antoine Labelle, a.k.a. "Curé Labelle", this line was supposed to ease access to the great north to French Canadians. He was a major force behind the colonisation and economic development of the Laurentians region.
Seriously, it looks like every city in Quebec has a street to his name!
In reality, while people did actually settled in the Laurentians thanks to this initiative, it seems that the "petit train du nord" contributed more to the development of tourism and villegiature in the region, much for the great benefit and enjoyment of middle to upper class Montrealers. Between 1920 and 1940, ski tourism boomed spurring the creation of countless ski resorts along the train line that still exist to this day, for most of them.

Sainte Adèle is one such villegiature towns with not much going on besides ski in the winter and cycling in the summer. I know it sounds disparaging but it is the truth. 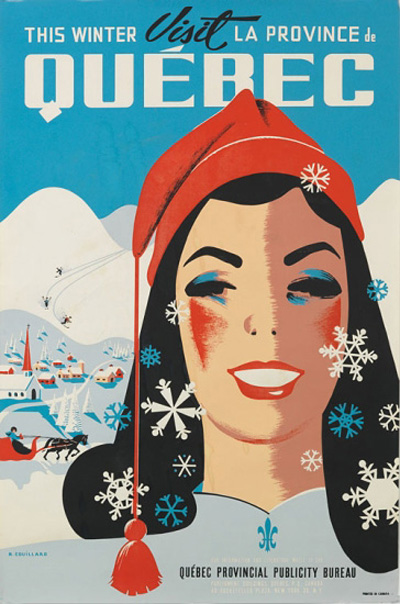 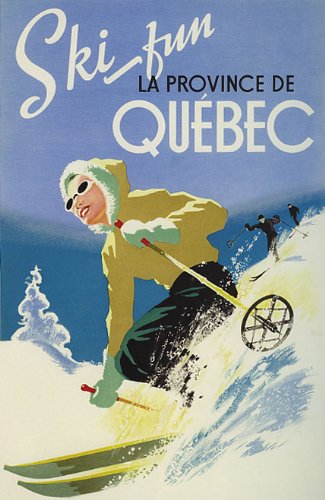 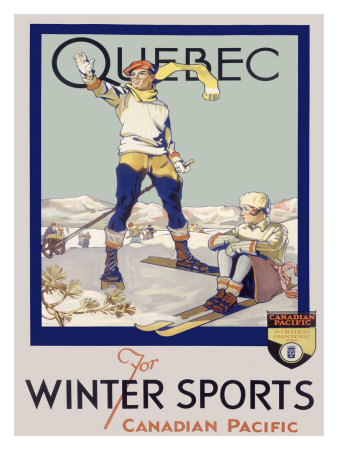 By the way, it is not clear whether this lady is actually enjoying herself. Another case of wifey being dragged into hubby's plans? LOL!

Much better now, even though I am not convinced by the sleeveless top... anyone who's ever skied on the East coast knows what I am talking about!!
Anyways. In the 1960s, a highway, the Laurentian Autoroute, i.e. highway 15,  was built in the name of progress and modernity. This highway parallels the old train line almost perfectly and effectively destroyed it.
In the name of economic efficiency, the train line "had" to be closed as the costs to keep it running far exceeded the benefits to those who relied on it. Just get a car.
This story is just one of the several North America's railway dramas. The demise of the train, along with the streetcar's, was carefully planned and organised by those who had a well vested interest in seeing alternative transportation die off. The supremacy of the car is a socio-economic construction and the result of some people's hard work.
Now that the old rails have become bike trails, it is once again possible to reach Mont Laurier from Montreal on transportation other than the automobile. The official trail starts in St. Jérôme which is the effective Km 0.
The Montreal-St. Jérôme portion is feasible through la Route Verte #2, into which the full "petit train du nord" is integrated anyways.
I investigated the possibility of reaching St. Jérôme through public transportation, in this case suburban/commuter train and it is not possible. Everything has been done to protect the local bus industry from competition from public transportation. However, it is possible to arrange something from Blainville which is km -15, but only during weekdays, on commuting rush hours, with a max of 4 bikes per car, 12 bikes per train. All of that for 8.50$ the one way ticket... Ahem... Whatever.
We'll see next year.

Please keep discussion civil. Comments will be moderated to ensure the discussion remains on topic.

Montrealize
Montreal, Quebec, Canada
I'm a casual urban cyclist enjoying the most rewarding cycling experience in Montreal, QC. Unfortunately, this amazing cycling place goes largely under-represented in the media and the blogosphere. Montreal is one of the finest cycling cities in North America and this blog is an attempt at bringing this place back into the the radar zone.